As the horrific events of Russia's invasion of Ukraine continue, in this month's issue of Dance Schedule we find out how the dance world responded to the war with two articles covering both ballet and ballroom. Matthew Paluch and Nicola Rayner hear from dancers who have been directly affected by the situation, and we also discover ways in which we might be able to help.

Elsewhere in the magazine, we talk about former Royal Ballet principal Federico Bonelli, who has just become the new director of Northern Ballet; celebrate the 25th anniversary of Birmingham Royal Ballet's Dance Track program, which has introduced thousands of young children to dance; and interview Argentine tango dancer and director German Cornejo on the eve of the London premiere of his new show, Wild Tangoat the Théâtre du Paon.

Finally, I'd like to pass along to our readers the news of the passing of ballroom photographer Ron Self, whose images graced the pages of this magazine for many, many years. Our sincere condolences go out to his wife, Sheila - we'll pay tribute to Ron in next month's issue of Dance Schedule.

Freedom of expression versus demand for speech

"World politics changed on February 24 when Russia invaded Ukraine. Within a week, the television news looked like Syria in 2011. Cities and villages were bombed and razed before our eyes. Horrific and heartbreaking scenes at train stations showed human desperation at its worst, with civilians fleeing to safety. Men had to stay behind to fight if necessary. The impact was global - both financial and political.

"Within the first 24 hours, people started shouting at Vladimir Putin's Russia. Ukrainian flags filled social media feeds, and many people found images incorporating the colors of Ukraine's blue and yellow flag - a subtle and artistic way to show solidarity. Buildings were lit up in the same two colors, from Wembley Stadium to the Royal Opera House (ROH). The ROH also played the Ukrainian national anthem before every performance for a limited time after the invasion began, but elsewhere - in other theaters - not everyone was performing. Some very powerful and influential Russian artists were part of the political bargaining tactics. "Postponed from 2020, then from 2021, the Dance reflections The festival finally arrived in March 2022 with a jam-packed fortnight of some 17 live works (one of which was postponed until a month later), split between Sadler's Wells, the Royal Opera House and the Tate Modern, as well as four films streamed online. Programmed by Serge Laurent, former director of performance at the Centre Pompidou, and presented by French luxury jewelry brand Van Cleef and Arpels, it came marked with class and quality - unusually, for the UK at least, related to contemporary and experimental dance, a bit of a stretch (I can't imagine high-end brands in the UK venturing so boldly into such territory). With so many works on display, some of the richest rewards of the festival were being able to track the connections between different artists, styles and eras.

"The centerpiece of the opening night was the Lyon Opera Ballet in the now classic Lucinda Childs. Dance (1979) - the starting point of a particular track that one could follow throughout the festival: minimalism. Dressed in celestial white, the dancers use a limited lexicon throughout - little more than step, hop, skip and jump - ballerina style and performed without affect or affectation. In the first section, they run from side to side, then add diagonals. In the second section, a soloist moves either in a straight line or in a circle. In the third section, there are lines, circles, diagonals and squares. Around, in front of and above them, a reshot version of the original film of Sol LeWitt's work multiplies the dancing figures as well as their angle and scale. Everything is in one piece with Philip Glass' music: steps, images, bodies and sounds refracted into cosmic harmonics that resonate in the mind long after the performance is over. Simple and sublime.

Tango superstar German Cornejo is back - and his surprising new show Wild Tango the male perspective, he tells the story of Marianka Swain. "The last time I spoke to Argentine Tango World Champion German Cornejo in 2018, he was thrilled to bring Tango after dark at the Peacock Theatre in London. Another successful show followed in 2019, Tango fireThen he started developing his latest production, expecting to return to the capital for a 2020 season, "but because of COVID-19, everything stopped," he sighs.

"The pandemic was devastating for tango dancers because, perhaps most of all in the performing arts, it requires such an intimate connection between two people. It created problems when his company, which Cornejo led with Gisela Galeassi for 12 years, resumed rehearsals. "We were working so hard and wearing masks all the time makes breathing very difficult. Tango has a lot of fast steps, it's a very powerful dance, so it was a big adjustment - and it was strange to have to be careful to be close to people. With restrictions, tango, as we know and love it, was almost impossible.

Also in the May issue...

Graham Spicer watches Touch in Rome and Jewelry in Milan

Phil Meacham explores misconceptions and corrections in the Viennese waltz

Simon Oliver has been editor of Dancing Times since 2010 and has extensive experience in print and online magazine design. Throughout his career, Simon has worked on a wide range of topics including music, family history, book collecting and poker. 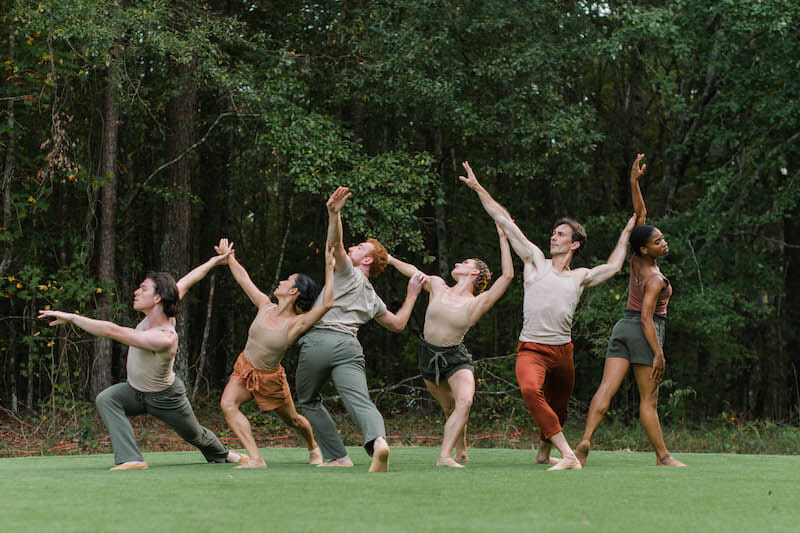